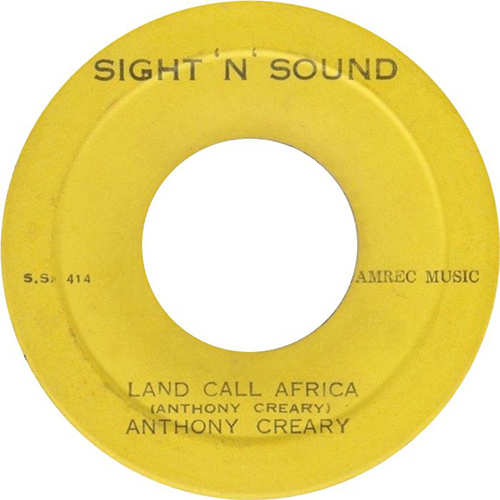 A classic slice of mystical roots reggae from 1974 performed by legendary drummer and sometimes vocalist Anthony “Benbow” Creary. Land Call Africa, based upon the traditional folk song House Of The Rising Sun which became popular thanks to the British rock band The Animals, was recorded at Lee Perry’s Black Ark during sessions for Junior Byles which “Benbow” was drumming on. This self production by the musician/vocalist and his band called the Solid Foundation was released on Studio One’s subsidiary Sight ‘N’ Sound as the band was also backing many Studio One sessions at the time.