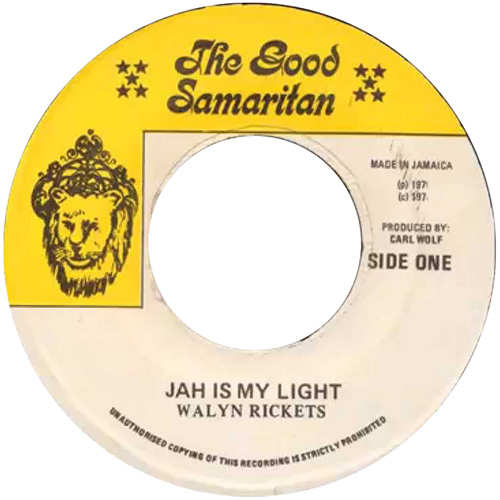 WALYN RICKETTS – JAH IS MY LIGHT – THE GOOD SAMARITAN

Produced by his friend and musical colleague Carl Wolf and recorded at Channel One Studio on Maxfield Avenue in 1978, Walyn Ricketts’ single Jah Is My Light is a deep roots piece that was released on The Good Samaritan imprint (reissued by TRS Receords in 2020). It actually was the first of two singles he recorded for Carl Wolf, Babylon Already Fall being the other one. The name Walyn Ricketts (born Wallen Earl Rickett) might not ring a bell as the singer, who formed a teenage group with Everton Blender called Everton & The Blenders, then continued his career under the stage name Pacey or Ras Pacey. He relocated to Germany in the year 2000 where he released four full length albums and passed away in 2020.