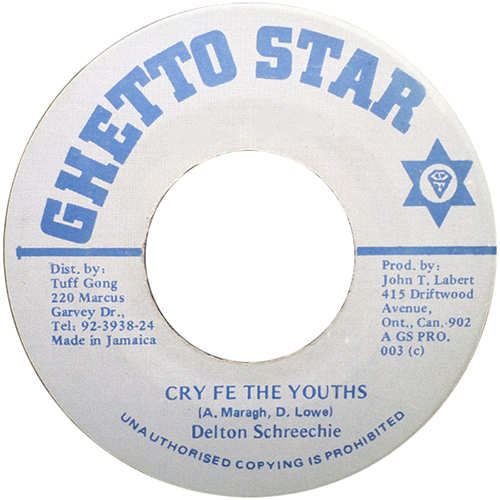 Having a good voice, Delton Lowe, better known as Delton Screechie, was encouraged by his teacher to sing, which he did by singing at many of his school concerts. When he left school in 1972, he started deejaying with sounds like Black Scorpio, Jammy’s, and Papa Flame, before he turned his attention to singing once again. In 1977, he made his first recording titled Jah Is My Light. His first UK hit came in 1980 with the Floyd Anthony Perch aka Papa Kojak produced disco 45 Olive Baby on the Moa Anbessa International imprint. His killer single Cry Fe The Youths was produced by Canada-based John T. Labert and was released in 1987 on the Ghetto Star label. Original copies of this digi roots 7″ single are currently fetching around £300!