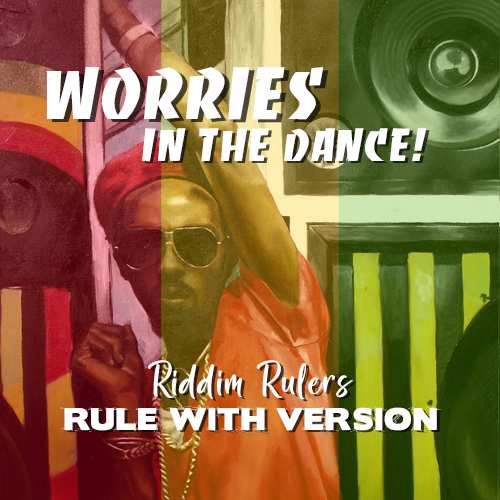 Produced by Kenneth Hoo Kim, Channel One issued Frankie Paul‘s 1983 song “Worries In The Dance”, after which Henry ‘Junjo’ Lawes released Frankie Paul‘s huge hit “War Is In The Dance” on the Volcano label in 1984. “Worries In The Dance” aka “I’m Not Getting Crazy” is arguably one of the best riddims of the early ’80s and perhaps the entire decade, nothing short of a masterpiece. This riddim and its tune really represent the refinement and zenith of heaviness in reggae. Kenneth Hoo Kim then produced the 1984 “Worries In The Dance” LP for Empire Records, a subdivision of Channel One. In 1998, Bulby, Fatta & Karl Toppin relicked the riddim and released four versions on their Fat Eyes label, while a next relicked version titled “Imitation Riddim” produced by Troy McLean & Garfield Hamilton appeared on First Name Muzik in 2004.