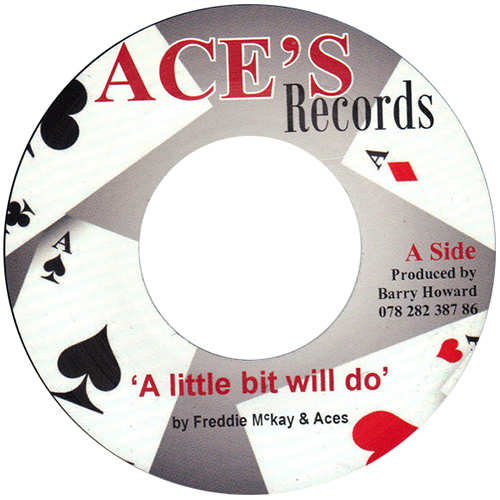 FREDDIE MCKAY & ACES – A LITTLE BIT WILL DO – ACE’S RECORDS

Although Freddie McKay’s obscure rocksteady tune A Little Bit Will Do was recorded at Studio One, it wasn’t produced by Coxsone Dodd but by Barry Howard who was a member of Desmond Dekker & The Aces. He was a right-hand man at the legendary studio back in the day and was given recording time. A Little Bit Will Do was recorded in 1968 and initially pre-released on a blank label with Uptown Group’s Shango The Whipman on the flip side. This Freddie McKay single is different from the one that is featured on his Studio One album Picture On The Wall.