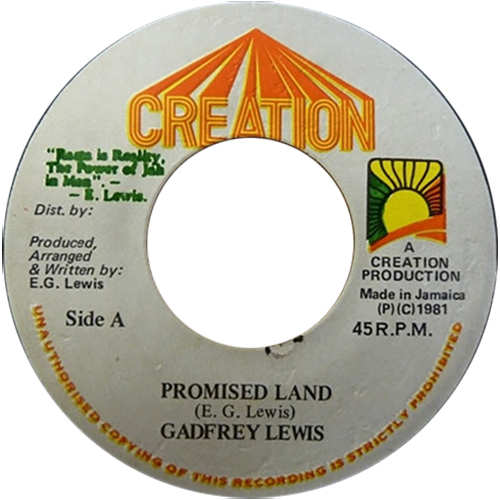 Jamaica is full of musical treasures that are sometimes well buried and thus are hard to find. One of them is the killer roots piece Promised Land, performed by unknown roots singer E.G. Lewis aka Gadfrey Lewis. The result is more than perfect: a hypnotizing, accurate and precise roots reggae tune sprinkled with brass, dub, and small jazz intonations. This self-produced debut single was issued on the Creation label in 1981 with its version D.J. Style on the flip. The following year, he recorded – probably – his one and only album titled Let The Message Play, which features eight original tracks, produced, arranged, written and composed by Gadfrey Lewis himself.