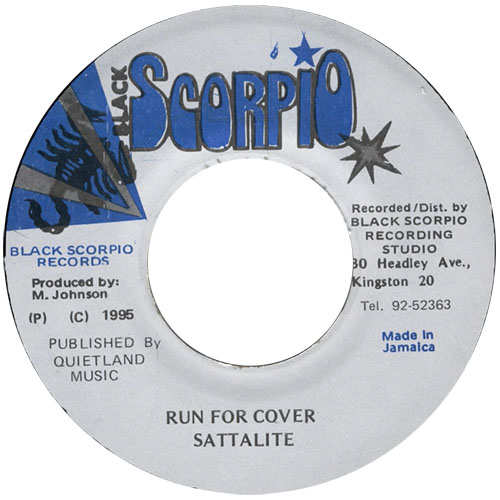 One of the Jamaican artists to clone Garnet Silk in the ’90s was Sattalite. The tunes the latter recorded showed he was not Garnet, but he surely sounded like him and with lyrics like the ones in Run For Cover he obviously hoped to fill the void after Garnet Silk’s untimely death. Run For Cover on the Soul Rebel riddim is an exceptional song with the chorus managing to have a similar emotional level that Garnet was so good at. To be honest, the rest of the song doesn’t live up to that high standard but it’s a good effort from Sattalite anyway.