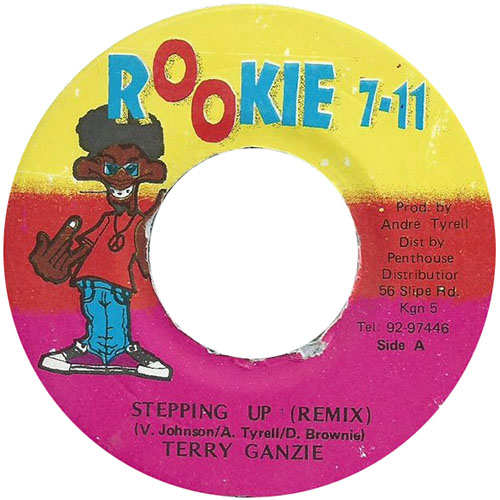 Andre Tyrell aka Deady Ranks emerged in the ’90s and the productions and riddims released on his Rookie label where must-buys for fans of the label, whoever the artist. Vandorne Johnson aka Terry Ganzie, together with Beenie Man and Wayne Wonder and others, voiced the Smokin’ Joe riddim. Terry Ganzie’s Stepping Up, a cultural piece on the infectious riddim, was released in 1995 and re-appeared as a remix in 1996. The original riddim track was laid by Andre Tyrell (drums), Dave Kelly (drums overdub), Frank Bert (guitar), and Big Squa & Danny Brownie (synths).