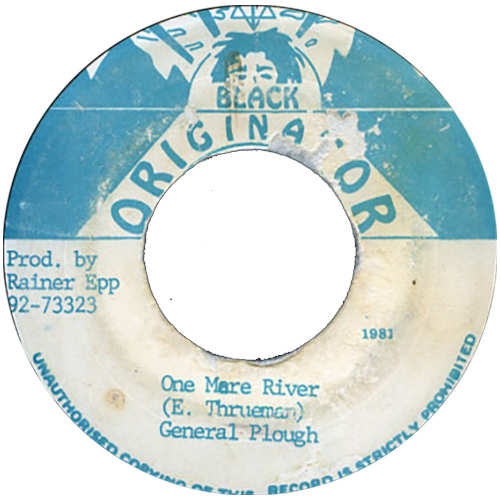 In 1981, producer Rainer Epp and General Plough released a double-A sided single on their own Black Originator label featuring The Toughest on the Cuss Cuss riddim laid by Sly & Robbie and One More River. The original single became a very rare collector’s item and some ten years ago was sold on the internet for $109.45. In 2010, One More River (recorded at Marley’s Tuff Gong studio) along with its wicked dub version was reissued on 7″ vinyl by Rock A Shacka from Japan. When you hear General Plough sing “One More River To Cross”, it’s hard to believe that he was only about 16 years old when he recorded this awesome steppers roots reggae tune as he sounds more mature. But anyway, General Plough’s unique, high-tone vocal delivery, the striking flute accompaniment, and the Eastern-flavor melody make this a tune a true roots killer.