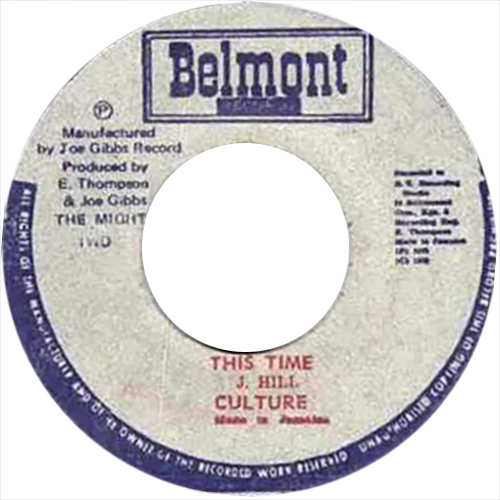 The single This Time aka Burning An Illusion from 1976 was Culture’s very first release for Joe Gibbs. This strong roots tune is a gem in its own right, which fully showcases the excellent production style of the Mighty Two – Joe Gibbs and Errol T – as well as Culture’s strong musical potency, already shining in the year before the release of their anthemic album Two Sevens Clash. Originally known as the African Disciples, the trio consisted of Joseph Hill, his cousin Albert “Ralph” Walker, and Roy “Kenneth” Dayes aka Kenneth Paley. The song was recorded and mixed by Errol Thompson at E.T. Recording Studio.