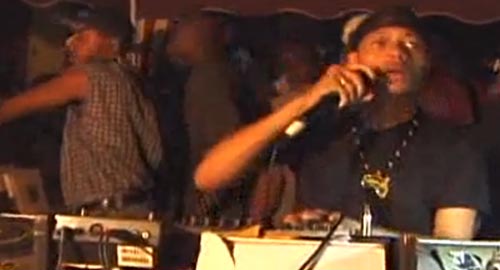 A vivid, well-informed, and concise (30 min!) documentary (2003) about the history of the soundsystem from its beginnings in 1950s Jamaica to its contemporary influence on the sonics and styles of music worldwide, including hip-hop, UK garage, next-wave ska, and various DJ- and remix-based musics. It’s crystal clear that without the Jamaican soundsystems we would have a diffefent global music scene.

The video includes hardcoded Japanese subs. Sound and image quality are below average, but nevertheless we decided to post this docu because of its historical relevance. Enjoy!

The magazine was started in 1996 by Lucas Badtke-Berkow and Adam Glickman, two American expatriates living in Japan, as a cultural bridge between Japan and the United States. In 1998, Tokion opened an American office in Los Angeles. In 2000 it moved into a retail space/office in New York City, while maintaining a retail space/office in Tokyo. While in New York, the magazine’s focus shifted from Japanese-influenced content to street culture aesthetics and then to a more global arts magazine featuring interviews with recognized artists such as Lou Reed, Richard Prince, James Brown, Francesco Clemente, Roger Corman, Ed Ruscha and Jeff Koons, while continuing to cover up-and-coming artists such as Harmony Korine, Miranda July, Cory Arcangel and Simone Shubuck.

In 2002, Badtke-Berkow sold his share in the magazine to Glickman. Badtke-Berkow began publishing Papersky and Mammoth magazines in Japan, while Glickman began publishing Japanese and US editions. In 2005, the Japanese edition was sold to Infas Publishing Company. In 2006, the American edition was sold to independent publisher Larry Rosenblum. In 2009, Tokion and Creativity Now were sold out of foreclosure to Donald Hellinger, president of Nylon Holding, Inc.. In 2010 the magazine was renamed Factory in the US.