by Teacher at Reggae VibesApr 4, 2018Video 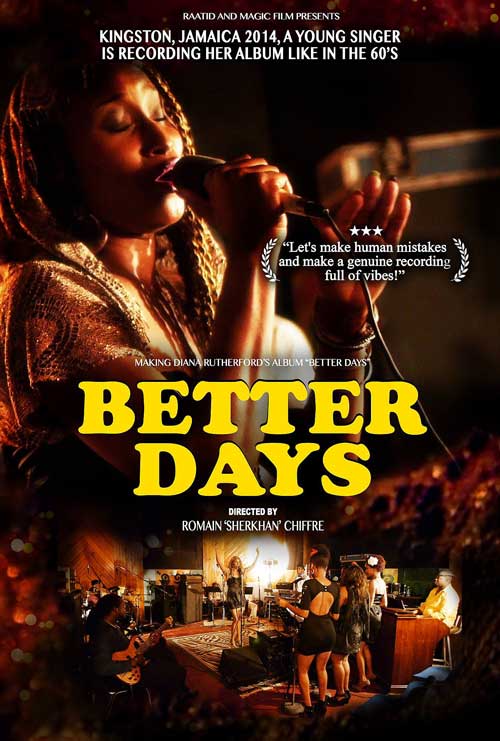 Singer/songwriter Diana Rutherford and multi-talented Romain ‘Sherkhan’ Chiffre, musician, producer and director of music videos and documentaries (Tiger Records / Raatid and Magic film) have finally released the follow-up to Diana’s debut studio album “Ghetto Princess”. “Better Days” is a Soul-Reggae album recorded the way they used to do it in the early 1960s. Thirteen musicians together in the very same studio room recording in ‘one shot’, using only one take! Filmed with a reduced squad during rehearsals and recording, this documentary highlights the talent and truth of Diana Rutherford. This film, between portraits of artists and making-of, offers the opportunity to enter the heart of this unusual project and really feel the emotion and reach of music to Diana Rutherford.